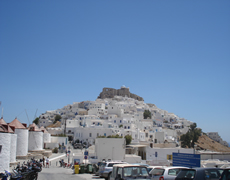 The medieval settlement was a densely built group of houses inside the Castle walls on the plateau on top of the hill. The houses that were nearer to the castle walls made the best out of the limited available space by joining their outer walls with those of the fortifications. Only a handful of these original medieval houses are preserved in good condition to the present day. A strong keep, known as the “Serai” is located along the southern walls. Inside the castle two beautiful churches are to be found among scattered broken columns and carved stones: the Panagia tou Castrou (Saint Mary of the Castle) and Agios Georgios (Saint George). 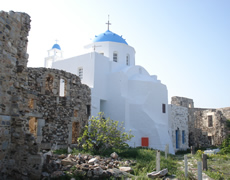 Astypalaea is a kind of frontier between Cyclades and the Dodecanese. All over the island the characteristics of the Cyclades seem to outweigh those of the Do-decanese indeed. The most interesting part in a typical traditional house other than the fireplace and the divisions of the walls is the wooden loft in the far side of the main room that was used as a bed. Decorated with fine-woven laces and ex-quisite woodwork it stands at about two meters high and it can be reached with a ladder made of three wooden trunks that are placed one on top of the other. Three or four finely carved wooden shelves are seen next to the bed. This storage place is known as the “Krijola” and it is where the lady of the house keeps her most prized glassware. 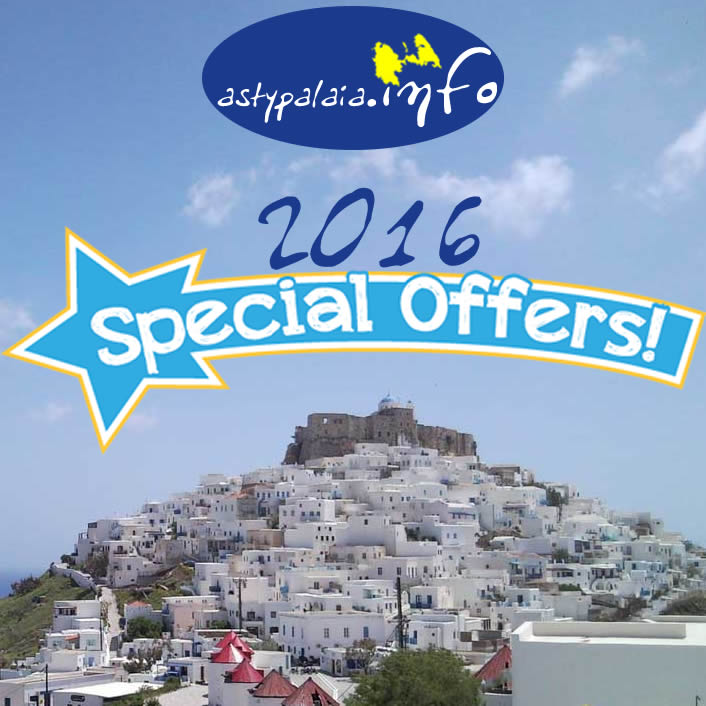 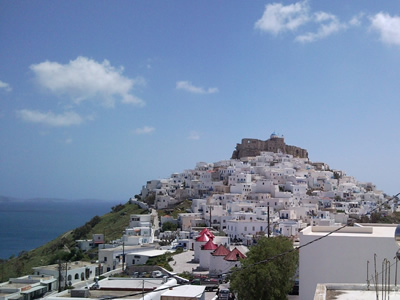 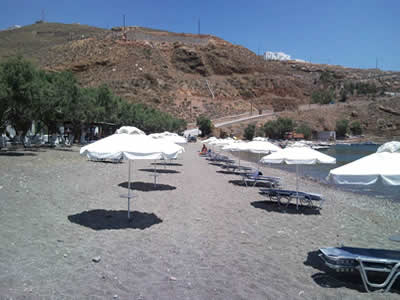 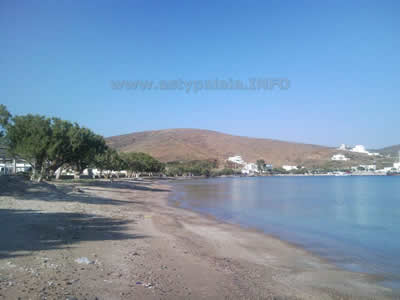